Coinstar is a company that was founded just over two decades ago by Jens Molbak, who as a Stanford University graduate student, realized there wasn’t an easy way to spend the spare change piled up in a jar on top of his dresser. Since that time the company has become known for its Redbox kiosks, its movie rental subsidiary. Redbox has largely overshadowed its parent company’s broader ambitions to reinvent vending machines by applying them to new categories of retailing.

1. What percentage of Coinstar’s revenue came from Redbox last year? 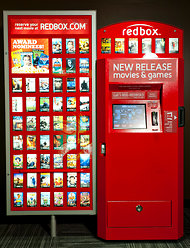 2. Based on the percentage of Redbox’s investment in Verizon’s online movie services, how should this be accounted for in Redbox’s financial statements?

3. According to the article, Coinstar has about eight or nine kiosk ideas in various stages of development. In general, how should the company account for these?