The United States government offers tax incentives to companies pursuing medical breakthroughs, urban redevelopment and alternatives to fossil fuels, but also to video game producers. They are able to combine tax breaks across software development, the entertainment industry, and online retailing for a bonanza effect.

Electronic Arts, founded in 1982, has since become one of the world’s dominant video game companies, producing popular titles like SimCity, FIFA soccer, Harry Potter, and Madden NFL, largely due to huge tax incentives.

1. Discuss why you think that Union Carbide failed to meet the experimental threshold for the R & D credit, though video game makers often seem to have little trouble meeting the requirement.

2. What was the most interesting point made in this article that pertains to you as an accountant? Do you agree or disagree with the tax incentives that the video game industry has been able to capitalize on? Discuss.

3. Do you agree or disagree with video game industry officials that say by improving technology, they are indirectly helping society at large? Why or why not? 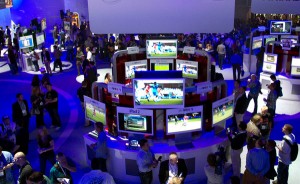