New data suggests that EmCare, now one of the nation’s largest physician-staffing companies for emergency rooms, is showing a disturbing pattern. In the case of a small Spokane, Washington hospital, the number of patients coded as having billing for the most complex, expensive level of care quadrupled after the hospital contracted for services through EmCare.
Questions:
1. How does the contracting process allow for this ER billing surprise?
2. What were the trends in the rates of tests ordered and patients admitted from the E.R. into a hospital after EmCare took over a hospital’s billing?
3. Even if insurers simply pay higher out-of-network bills, what happens?
4. When emergency room doctors work for a company that has not made a deal with an insurer, what happens?
5. California recently passed a law setting a maximum amount that out-of-network doctors can charge patients. What other states have followed suit?
Source:
Creswell, J., R. Abelson, and M. Sanger-Katz. (2017). The Company Behind Many Surprise Emergency Room Bills. The New York Times, July 24 (Retrievable online at https://www.nytimes.com/2017/07/24/upshot/the-company-behind-many-surprise-emergency-room-bills.html) 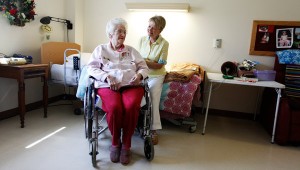