Donald Trump met with Japanese billionaire Masayoshi Son and soon news of 30,000 to 50,000 new U.S. manufacturing jobs were part of Trump’s boasts. Now Taiwanese manufacturer, Foxconn, appears to be reneging on claims that it is preparing to build a $7 billion factory in the U.S.

Questions:
1. How did Foxconn’s chief executive officer, Terry Gou, explain its plans for U.S. facilities?
2. Why have the negotiations with the Taiwanese electronics manufacturer become more complicated?
3. Has Gou mentioned building a facility in the U.S. prior to the Trump promise and if so, what happened? 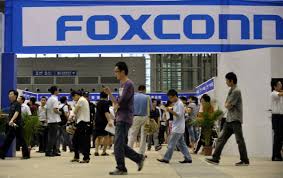