At some state prisons, budget cuts have led to a reduction in the caliber and total number of meals that prisoners receive, which means that the practical value of ramen noodles have skyrocketed in their value as contra ban.

Questions:
1. According to the article, why don’t prisoners stock up on Ramen, since it commands far greater value than its actual worth when exchanged for different items?
2. What is Nutraloaf? What was its purpose and history?
3. One of the most striking sentences in the article was: What’s striking is that the most sought-after item in American prisons has shifted from cigarettes, coffee, envelopes, or stamps—none of which are essential—to food, a necessity. Discuss this statement in terms of equity, economics, markets, and costs.
4. According to the example of thermal clothing, what is the exchange rate for a package of Ramen noodles? Why is this rate different in prison than on the outside?
5. In your opinion, what was the most interesting thing that you learned in the article? 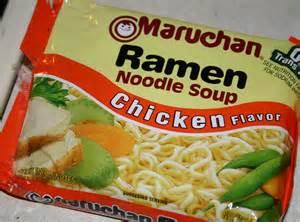