Professional golfer Phil Mickelson was recently named in an SEC complaint regarding insider trading information that he received from William Walters, a sports gambler.

Questions:
1. During what period did the insider trading take place?
2. Phil has been named as a “relief defendant.” What does that mean?
3. What shares did Phil buy and how much profit did he make? What was the information that he acted upon?

Source:
Bonesteel, M. (2016) Phil Mickelson earned $1 million from insider trading. The SEC wants it back. The Washington Post, May 19 (Retrievable online at https://www.washingtonpost.com/news/early-lead/wp/2016/05/19/phil-mickelson-earned-1-million-from-insider-trading-the-sec-wants-it-back/) 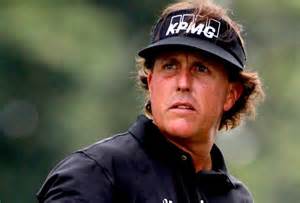