The executive director of an arts charity, D. Alexandra Dyer, was attacked with drain cleaner last year. On Friday, she was fired by the board of the charity, along with the financial officer who helped her unearth what the authorities have called a $750,000 embezzlement scheme.

Questions:
1. What led up to the “Drano” attack?
2. If as the article states “the firings were retaliatory, and that the board wanted to avoid scrutiny of the negligence that had allowed the thefts to occur,” do you think that Ms. Dyer has a good case for whistleblower status, even though this is “nonprofit charity?”
3. What are the pending charges against the staff accountant?
4. What red flags of fraud did the board ignore, going back as far as 2011? 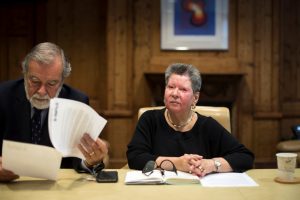