As outsourcing has become more common, even the World Bank is seeing its share of employee discontent about contract employees. Roughly half of those that work for the World Bank are consultants, brought on for fixed contracts that often end up being renewed over and over again. Across the bank’s offices worldwide, there are currently 19,608 contract workers who make up 8,225 full-time equivalent positions, compared to 15,551 employees, according to the Bank’s staff association.

Questions:
1. What are the costs and benefits of outsourcing for the World Bank?
2. What are some of the most aggregious issues that are creating the class issues between World Bank staffers and short-term contractors?
3. Discuss these types of contingent worker models throughout the economy, using some specific details about the World Bank model.
4. Per various regulations, when should a consultant be recognized as an employee? Does this apply only to private and public companies or does it include government entities?

Source:
DePilis, L. (2015). The World Bank is struggling with its own class divide. The Washington Post, Aug. 13 (Retrievable online at http://www.washingtonpost.com/news/wonkblog/wp/2015/08/13/the-world-bank-is-struggling-with-its-own-class-divide/?tid=article_nextstory) 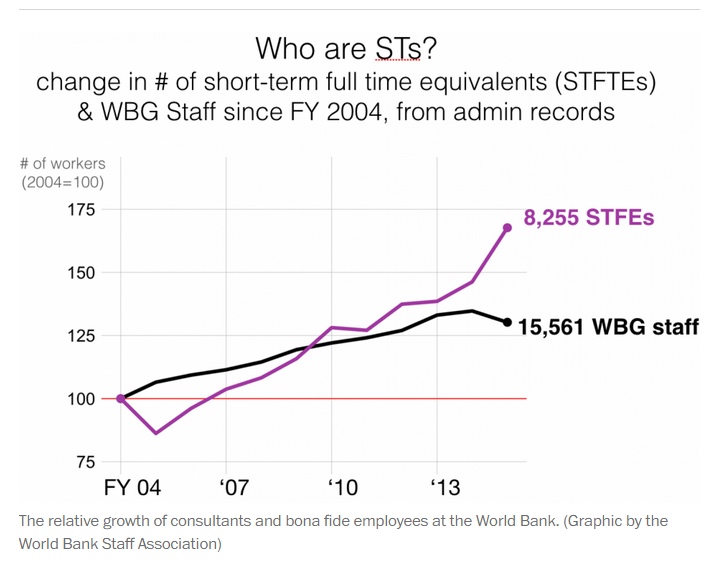