McDonald’s has not opened in Tehran (only weeks after a nuclear deal was reached). Despite the prospect that the deal will ease international sanctions and possibly portend a change in Iranian revolutionary attitudes toward American companies, Mash Donald’s and other knockoffs of American food culture are a home-grown phenomenon. 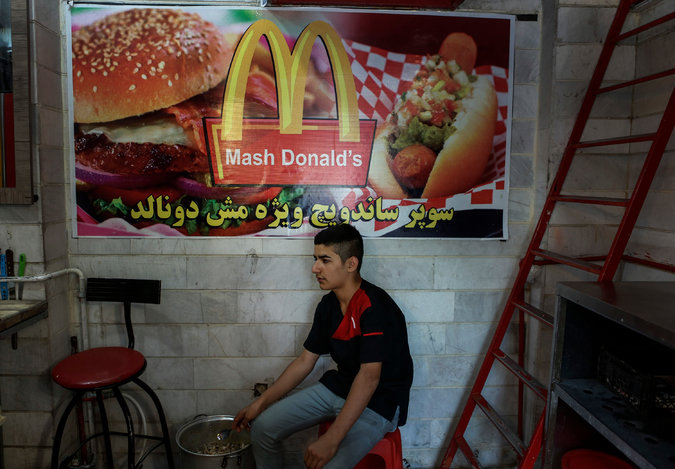