Recently, a federal appeals court upheld a ruling whereby Apple was determined to be the leader of an industrywide conspiracy among book publishers. Their goal was to raise prices of digital books.

Questions:
1. When was the original case brought?
2. What were the damaging words in the case and who are these attributed to?
3. What division of the Justice Department prosecutes this type of case?
4. What does the terminology “horizontal conspiracy” mean? 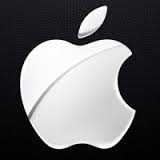