Gaioz Nigalidze’s rise through the ranks of professional chess began in 2007, the year the first iPhone was released. In hindsight, the timing might not be coincidental.

Questions:
1. What other instances have you heard of about cheating with an iPhone or smart phone?
2. What characteristic of this story constitutes fraud?
3. Who would have been harmed if Nigalidze was allowed to stay in the game?
4. Do you think your grandmother could be a grandmaster in chess as long as she had an iPhone with the right app? Discuss.
5. What red flags pointed to his fraud? 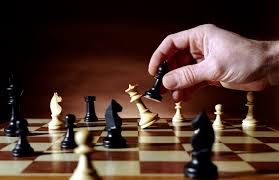