It’s been over a month since fifteen former students of Corinthian Colleges said they would not pay a dime of their student loans because the school broke the law. The failing for-profit giant
used deceptive marketing and lied to the government about its graduation rates. The Consumer Financial Protection Bureau invited a group of these disgruntled students to Washington to discuss the issues surrounding debt cancellation.

Questions:
1. Why was the revolt a risky move by the students of Corinthian Colleges?
2. What type of authority does the Department of Education have that would help the students?
3. What has the Department of Education already done with respect to private loans, like the Genesis program?
4. Why is it such a difficult decision to help forgive federal student loans?
5. Assume that a private lender changes the terms of a 5%, $20,000 loan, so that 40% is immediately forgiven and the length of the loan is extended from 5 years to 10 years. Based on this information, what initial journal entry would the lender make to record the change?
6. Assume that the borrower is a company; what journal entry would the borrower make based on information shown in #5? 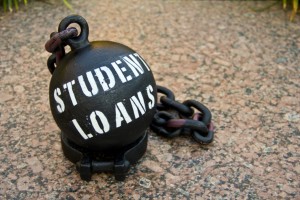