Thousands of people in bankrupt Detroit haven’t paid their water bills. Even some businesses have skipped payment. How is the bankrupt city dealing with the most basic of problems — getting people to pay their bills?

Questions:
1. Detroit is the poster child for shutting off water to customers delinquent on their bills. Even though this has drawn fire from all over the world, according to John Wisely, what other cities have been doing this also? What alternatives to shut-off do you think that the cities have from a business model point of view?
2. What organizations have criticized the shut-offs? What country is planning a convoy of water transportation to protest the shut-offs? Do you agree with the policy? Discuss.
3. According to Bill Johnson, spokesman for the Detroit water department, who is the shut-off program targeting? What percentage of customers whose water is shut off typically pay their bills in full within a day or two?
4. According to the policy, Bill Johnson noted that if anyone that comes to the department with a demonstrated financial hardship, their water won’t be turned off. Although they do not detail this, what do you think would constitute a demonstrated financial hardship? 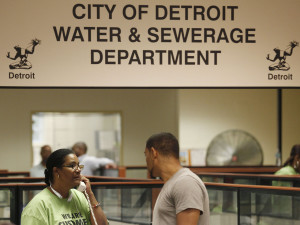