Equilar Inc., the executive compensation analysis firm, found that the median 2012 pay package came in at $15.1 million — a leap of 16 percent from 2011. However, at 19 percent in 2012, that median stock market returns for these companies was only three percentage points higher than the pay raise. Lawrence J. Ellison, founder and C.E.O. of Oracle, the software company, is a familiar face on the pay charts, and is ranked No. 1 this year with executive pay of $96.2M. 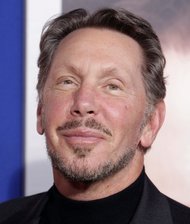