UPDATE 2/22/13: After the traders failed to appear at a hearing today in Manhattan, U.S. District Judge Jed Rakoff agreed to freeze the Goldman Sachs Group Inc. account until the case is resolved. The SEC on Feb. 15 sued the “unknown” traders over suspicious purchases of Heinz options through the account. Judge Rakoff was quoted as saying, “They can hide but their assets can’t run.” 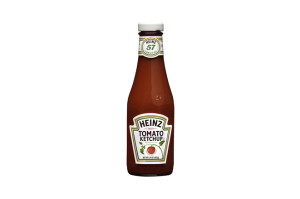 2/16/13: The U.S. Securities and Exchange Commission has frozen the assets of a Swiss trading account that allegedly made a series of “highly suspicious” trades reaping about $1.7 million ahead of the blockbuster sale of H.J. Heinz to Warren Buffett’s Berkshire Hathaway.

1. What steps did investigators take before freezing the assets?
2. What percent increase did the stock see on Thursday after the deal was made public?
3. What is unique about the Heinz enforcement action?
4. What does this investigation have in common with the 2010 Burger King inquiry into insider trading?
5. Explain the concept of how the traders amassed an unrealized profit in this case and what their initial investment was.