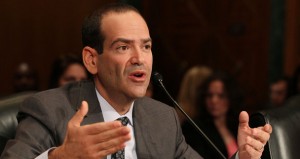 When the Treasury Department bailed out AIG and said two years ago that it was likely to lose only about $5 billion on the bailout, Neil Barofsky, a former official of the Troubled Asset Relief Program (TARP) declared that the number was “manipulated” as part of a “publicity campaign” to boost the positive aspects ahead of the midterm elections. However, this week, the Treasury Department indicated that it would sell its $18 billion share of AIG and turn a profit.

Questions:
1. Now that the Treasury has announced its profit, what does Mr. Barofsky have to say?
2. Based on the article, do you agree with the Treasury’s concept of profit?
3. Explain the concept of the break-even sale price for AIG shares.