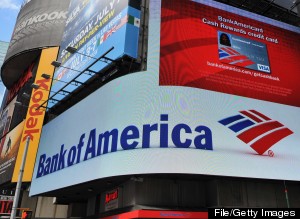 Bank of America, the second largest U.S. bank, has received subpoenas from the U.S.Justice Department, the Commodity Futures Trading Commission, and U.K. Financial Services Authority requesting information about the company’s possible role in the rigging of a key international lending benchmark, LIBOR. Regulators have queried at least a dozen banks worldwide about their roles in setting LIBOR, the most widely used benchmark for interest rates, affecting more than $360 trillion in financial products.

1. According to the article, who are the other banks that are facing mounting legal claims, regarding LIBOR? When are U.S. regulators expected to file charges against traders involved in the scandal?
2. Explain why Bank of America’s deferred tax assets will diminish as a result of the LIBOR scandal? Summarize and discuss.
3. What other settlement was Bank of America recently involved in regarding price-fixing? Summarize and discuss.