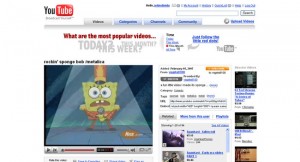 On Wednesday, the Second Circuit Court of Appeals reversed a lower court’s decision to throw out a five-year old lawsuit asking for $1 billion and filed against YouTube by Viacom, as well as other media companies. This copyright infringement suit has become a symbol of the clash between media companies and those competing with them, such as YouTube, who allows users to upload clips by users. The Circuit Court indicated that “a reasonable jury could conclude [whether] YouTube had knowledge or awareness” of copyright infringement “at least with respect to a handful of specific clips.”

1. How are copyrights reported in the financial statements?
2. If the suit for $1 billion is awarded, how would it be recorded, as far as a journal entry? Do you think this award will become a reality? Why or why not?
3. How should YouTube record any revenue gained from the Viacom deal that lets users rent movies on the YouTube site?