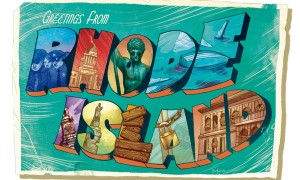 The current general treasurer of Rhode Island, Gina Raimondo, warns that the state will soon be broke due to its debt problems. After decades of drift, denial and inaction, Rhode Island’s $14.8 billion pension system is in crisis. Ten cents of every state tax dollar now goes to retired public workers and that figure will climb perilously toward 20 cents. Until this year, Rhode Island calculated its pension numbers by assuming that its various funds would post an average annual return on their investments of 8.25 percent; the real number for the last decade is about 2.4 percent. This article explains some of the challenges facing the state and Ms. Raimondo.

Questions:
1. How many reform plans has Rhode Island tried to institute since 2005 to fix the pension system? Do you agree with Ms. Raimondo’s approach? Why or why not?
2. Who did Ms. Raimondo learn was investigating the state and city finances of Rhode Island, as soon as she was sworn in? Why were they investigating?
3. What do the percentages in the article refer to in terms of the calculations made to calculate pension expenses? How do these changes affect the amount of pension expense?
4. In recent months, Ms. Raimondo has crisscrossed the state trying to sell a different plan that would allow the pensions to survive and avoid additional plans within the next couple of years. What type of pension structure is she trying to save? Explain this structure and whether or not it is the most common type for most companies.
5. The article mentioned that when the board voted to lower the projected long-term investment return assumption to 7.5 percent, the state’s pension shortfall instantly rose to $9 billion from $7 billion. Make the journal entry to show this effect.