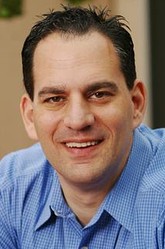 Barry Minkow, a sixteen year old wonder-boy of Wall Street in 1983 created ZZZ Best as a carpet cleaning and later insurance restoration business.  He took the company public in 1986, making him the youngest CEO of a public company and had a net worth exceeding $100 million at age 21.  The only problem was that these millions were part of a fraud, with the boy-wonder indicted in 1988 for various counts of securities fraud, mail fraud, tax evasion, and credit card fraud.

Sentenced to 25 years in prison plus restitution, Minkow was released in 1995.  Upon release he started an anti-fraud business and assisted the FBI and SEC in capturing white collar criminals.  He also became a senior pastor at San Diego’s Community Bible Church and appeared to have redeemed himself.

However, he recently was accused of securities fraud (specifically insider trading) again involving his dealings with Lennar, a construction company.  He pleaded guilty and his sentencing was to take place on June 16, but was postponed while the judge reviews his objections to the pre-sentence investigation report.

2. What were Minkow’s objections?

3. Which of these, if any, do you believe have relevance to his sentencing? Discuss.