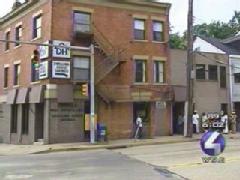 A Pittsburgh woman has pleaded guilty to bank fraud and money laundering for taking advantage of an online glitch that enabled her to make $1.1 million in overdraft withdrawals. Forty-six-year-old Jammie Harris learned of the glitch from another woman. That woman was indicted in January on charges that she stole more than $900,000 from Dwelling House Savings and Loan. Unfortunately, Dwelling House closed down in 2009 because it couldn’t absorb $3 million in fraud losses.

2. What was the mission of the savings and loan?

3. Prior to the shutdown of Dwelling House, what service was one of the regulatorâ€™s major concerns over? Discuss.

4.Â  In terms of accounting/finance, explain what led to the downfall of Dwelling House.