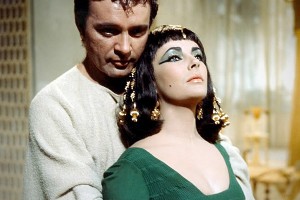 On March 23, 2011, Elizabeth Taylor died at the age of 79. She was synonymous with glamour and class,Â  won two Oscars and at the pinnacle of her career, was the highest paid actress in the world. In later life, Taylor also distinguished herself as a businesswoman with her own line of perfume and became an activistÂ in the fight against AIDS.

1.Â  What wasÂ Elizabeth Taylor’s salary for the movie Giant, which was her biggest paycheck by 1956?Â  How does this compare to the paycheck of your favoriteÂ actress in a recent movie?Â

2. In 1944, ElizabethÂ Taylor’s breakout film was National Velvet.Â  How much did the film earn in the U.S. and how much is that today, according to the article?

3.Â  Assuming the box office gross was $57 million on the film Cleopatra, what was Elizabeth Taylor’s paycheck for the film?Â  What percentage increase was this as compared to her salary for Giant?Â  What was the problem with the film, Cleopatra?Â